Need assistance?
Call us on: 020 8247 3351 Email us
Search our website
Menu
You are here: HomeTreatmentStereotactic Radiotherapy (SRT)

What is Stereotactic Radiotherapy?

Stereotactic body radiotherapy (SRT) gives radiotherapy to many different parts around the body. The beams meet at the tumour, so the tumour receives a high dose of radiation and the tissues around it only receive a low dose, lowering the risk of side-effects.

Cancer Centre London is one of few hospitals to offer SRT due to the specialist equipment and skills required.

Which cancers are treated with Stereotactic Radiotherapy?

This type of radiotherapy is mainly used to treat very small cancers, including:

At Cancer Centre London, our Elekta VersaHD linear accelerator has the required precision and speed to deliver advanced SRT & SRS. 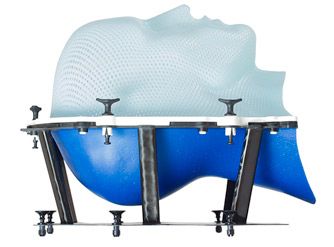 corrections. This ensures highly accurate treatment delivery. We immobilise our SRS patients with a bespoke double shell positioning beam directional mask. Audits have shown that this immobilises our patients to the highest exactness.
All SBRT patients are immobilised using the dedicated Eamis Lite body stereotactic kit.This permits stability during treatment delivery and minimises motion that results from respiration. All lung and treatment sites affected by respiration are planned using 4D CT.