Need assistance?
Call us on: 020 8247 3351 Email us
Search our website
Menu
You are here: HomeCancer typesCancer TypesCancer of Unknown Primary

The place where a cancer starts growing is called the primary site. If the cancer is not treated, cells from this primary site can break away and spread to other parts of the body. These escaped cells can then form other cancers, which are known as secondary cancers or metastases. Cancers are named and treated according to where they started developing even if they have spread to other parts of the body. e.g. lung cancer that has spread to the liver is known as lung cancer with liver metastases or secondaries.
Usually it is easy to find the primary cancer, as it will either cause symptoms or be seen on a scan. Sometimes secondary cancers are found in one or more parts of the body, but the primary site cannot be found. This is called cancer of unknown primary (CUP). It is also referred to as UPC or an occult tumour.
There are different reasons why a primary cancer can’t always be found:

Cancer of unknown primary (CUP) affects about 3-5% of people with cancer. *

People with CUP are usually over 60, and often have more than one secondary cancer. *

There are five different types of CUP. These are:

Symptoms of CUP vary depending on where the secondary cancer(s) are.

General symptoms can include:

If it is known that your cancer is a secondary, but it is not yet known where the primary is, it is called a malignancy of undefined primary origin (MUO). If a primary cancer cannot be found after more tests, the cancer may then be described as a provisional CUP (pCUP).
You will then have more detailed tests and a specialist oncologist will look at all the results. After this a diagnosis of confirmed CUP (cCUP) may be made.
Tests include:

If a primary tumour cannot be found, diagnostic tests may give much more information about it. Various factors such as your gender, the position of the secondary cancer in the body, and detailed information about the tumour cells, can help with a diagnosis. The test results will also suggest how the cancer might behave and help with planning your treatment.

At CCL, patients with CUP are treated by a team of different specialists, called a Multi-Disciplinary Team, or MDT. This team works together to create a treatment plan to suit the individual needs of the patient.
The main treatment for CUP is chemotherapy. This involves the use of chemical agents which are toxic to cancer cells, destroying them and preventing them from spreading to different areas. This can be given by injection or in tablet form.
Radiotherapy (where high-energy rays are used to destroy the cancer cells) may be used if the cancer hasn’t spread too far or is in one area of lymph nodes, such as the neck, armpit or groin.
Hormonal therapies are occasionally used to treat CUP if you have a cancer with hormone receptors. They work by reducing certain hormones or preventing them from stimulating cancer cells to grow. They are commonly used to treat breast and prostate cancer and can also be used to treat cancer of the womb, ovaries or kidneys.
Biotherapy, which is the use of newer and more targeted therapies to assist the body in fighting the disease, may also be used.
Surgery is not normally used to treat CUP. However occasionally, it may be possible to have an operation to remove the cancer when there is only one area of secondary cancer. Surgery may be used to remove:

Supportive or palliative care with medicines to control your symptoms is an important part of treatment for people with CUP. If the cancer is very advanced, palliative care on its own may be recommended.

At CCL, the MDT will be available to discuss and advise you on the best treatment for you.

Cancer and its treatment can be overwhelming, causing a wide variety of emotions, and it is important to remember that there is no right or wrong response. When cancer of unknown primary (CUP) is definitely confirmed it can be very hard to accept that even with tests, the primary cancer still can’t be found. Reactions vary hugely from person to person, and most people find that it becomes easier to cope when they’re given additional support, so that’s what we do.
At CCL we provide support that caters to both the physical and emotional needs of the patient, before, during and after treatment. We offer a wide range of services for patients, as well as their loved ones, designed to make a very difficult time as easy as possible, and to give our patients the best treatment and support possible. 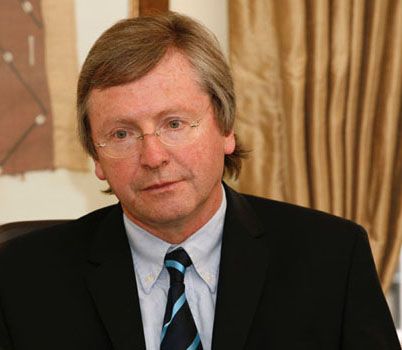